On 13th,14thand 15thJuly, the 2018 World Curry Festival was on in Civic. We headed in on the Saturday for some yummy food and entertainment. Running as part of the Canberra Wintervention, the Curry Festival was back for its fourth year.

I remembered stumbling across the Curry Festival a few years ago while shopping in Civic, and having a really good time. This time, as a coeliac, the experience was still enjoyable although a little harder to navigate. 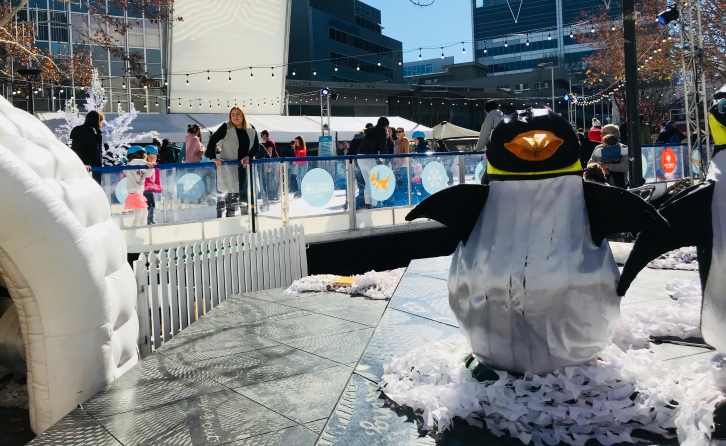 There was enough going on in Garema Place to kill a few hours. We started off at the pop-up skating rink which was super busy. Watching the skaters and the penguin statues entertained the baby for a surprisingly long time, before we headed down to the fairground rides. Milly was immediately entranced by the Ferris Wheel so we hopped on for a ride before heading through the food stalls toward the chilli eating competition. 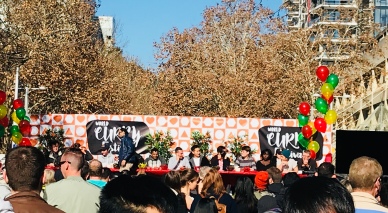 We wandered round the stalls looking at the food on sale. There were curries on offer from multiple countries – not just the usual suspects but also Vietnam, Ethiopia, and Greece (who knew Greece made curry?!). As I walked I looked at what everyone was selling, all the food was displayed in containers and bain-maries.

As I looked around for something to eat, it highlighted the importance of asking questions and checking for cross contamination. Being able to watch people cook and see the food prep areas was both interesting and helpful in aiding my decision whether to eat somewhere or not. A lot of the curries were gluten free but cross contamination was an issue, particularly where they were placed next to samosas or bread.

Eventually, after looking at three different stalls, I decided to try the Goat Biriyani ($10)

from Spices of Bangladesh. Staff confirmed it was gluten free, and it was not stored next to any gluten containing foods.

While I ordered, Michael headed over to the Tikka Stand, which judging from the queue looked like a crowd favourite. While the Tikka Stand was advertising gluten free tikka, they prepared their chicken and bread rolls on the same grill top, so I skipped the tikka chicken but Michael confirmed with them that their tikka chips were gluten free and were prepared separately. We waited for ages for the food at Tikka Stand, and took it up near the ferris wheel to eat in the sunshine.

The goat biriyani did not look very appealing when I opened it up. There were large chunks of bone and bits of meat that looked a bit questionable (there was definitely plumbus in there). The bone and wobbly bits made it really hard to eat but after I spent a few minutes picking through the edible and inedible, I really enjoyed it! 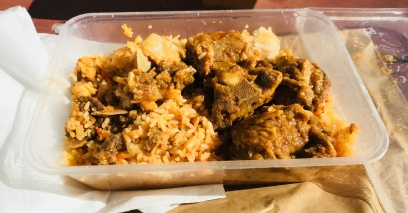 The biriyani was so tasty. The rice was crispy but moist, and the meat was tender, coming off the bone easily. The curry was fragrant with sweet cardamom and a little bit of star anise. I could faintly taste onion. There was a fresh chilli tang which left the slightest spicy tingle on my lips afterwards. The balance of the chilli was just enough to help cut through the greasiness of the curry.

The tikka chips were a light and tasty snack to nibble on. They were a bright orangey red colour and had a mild paprika flavour. Milly and I chowed them down and probably could’ve polished off a second portion! 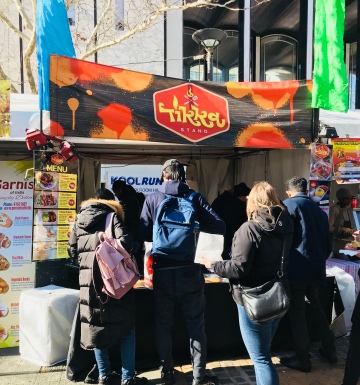 Michael’s contaminated chicken tikka was very tasty – a bit sour and not too salty. It went well with the coriander yoghurt, raita and saffron rice, and was also popular with Milly!

There were heaps of fun and entertaining stuff going on at the World Curry Festival. It was really enjoyable and if you’re patient enough to ask questions about the food prep, and a take a risk, the food options are rewarding!

Welcome to Get Behind Me Gluten! You’ll find a range of topics on this blog regarding coeliac disease for your entertainment – info, research news, restaurant and product reviews! Comments are always appreciated so leave a message if you have any feedback!
Loading Comments...
Comment
×
<span>%d</span> bloggers like this: